Our first site seeing stop in Barcelona was the La Familia Sagrada, and it was awe inspiring! Designed by Catalan architect Antoni Gaudí, development began in the late 1800s and is still in completion. The pics don’t do the  cathedral any justice. It is one of those places you just need to see to get the experience. I highly recommend getting tickets in advance, otherwise you will stand in line for hours! 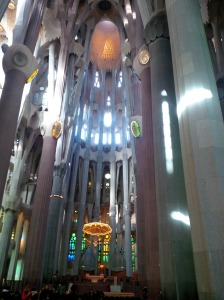 Large public market located off of the famous La Rambla, the large street in central Barcelona. THE place to go for anything and everything, including tight shoulder-to-shoulder contact with the locals.

Eusebi Güell assigned the design of the park to Antoni Gaudí. The park was originally supposed to be a development for wealthy families but they were not interested in living outside the city. Hard to believe based on the unbelievable views from the main square. It was officially opened as a public park in 1926. Gaudí’s multicolored mosaic salamander, popularly known as “el drac” (the dragon), is at the main entrance. 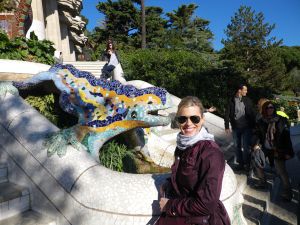 We stumbled on this unbelievable underground civilization housed under a large open-air marketplace (building in pic below, right. 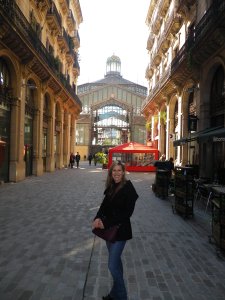 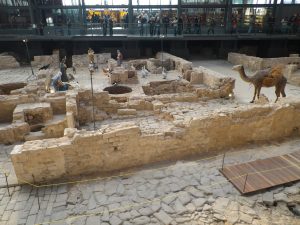 The Cathedral of the Holy Cross and Saint Eulalia, also known as Barcelona Cathedral, is the Gothic cathedral and seat of the Archbishop of Barcelona, Spain.

Summertime Grillin’ and Chillin’ with a Chilean